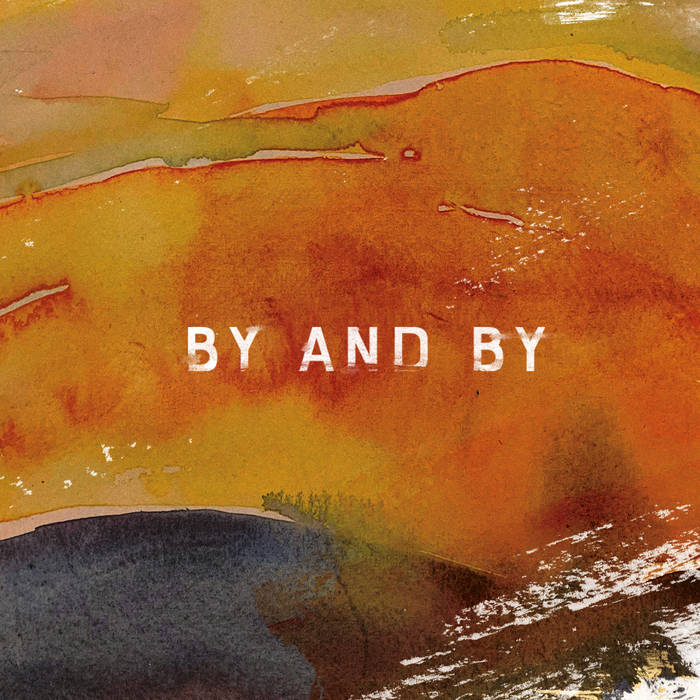 Manchester-based trumpeter, composer and improviser Graham South’s previous work with Johnny Hunter Quartet, Beats & Pieces Big Band, and Anton Hunter’s Article XI (amongst others) has established him as a key player on the local and national improvisation scenes. On his debut as leader, South’s mature, emotionally direct playing is matched by three regular collaborators who together take the strong source material through a set of volatile landscapes.

By And By is the culmination of a project which began auspiciously as a commission from conductor Marcus Farnsworth and Southwell Music Festival back in 2018, and brings together some of the most recognisable improvisers on the Manchester and wider UK scenes. Graham invited Beats & Pieces bandmate Richard Jones (piano) to join him, Johnny Hunter (drums) & Seth Bennett (bass) - a trio at the core of Efpi labelmates Johnny Hunter Quartet - to form the Graham South Quartet, assembling the group for the premiere in Southwell’s Archbishop’s Palace before reuniting in July 2019 for a basement gig at regular haunt The Whiskey Jar in Manchester’s Northern Quarter, and a subsequent recording session.

The album is a collection of the choral Spirituals that glue together the movements of Michael Tippett’s oratorio A Child of Our Time, delicately arranged by Graham for this project. The Spirituals themselves combine strong religious imagery with a broader symbolic struggle ushered in by their context – all originated as songs sung by African American slaves in America, with the strong liberatory tone of the lyrics offering hope of eventual triumph through strife. Maintaining an appreciation for the music’s origins whilst also carving out a space for creativity was something deeply important in Graham’s approach to the album, as he explains: “The creative process around these arrangements and performances was based around the musical and lyrical content of the songs, trying to show deep respect to them whilst providing space for improvisation. Working with these spirituals has led me to seek more knowledge about their history, the systematic oppression of the Black Americans who created them, and the wisdom of the songs themselves.”

Written in the midst of the Blitz, Tippett’s work is both a frenzied, grieving response to the times and a passionate manifesto for peace; Tippett was famously jailed for his conscientious objection just after finishing the oratorio. In Tippett’s piece, the short choral movements are moments of focus and repose where the universal message of oppression emanates in an expressive collective solidarity. These metaphors inform the album’s conception; the quartet’s individual personalities and range of musical backgrounds are absorbed and reconstituted in a debut album striking in its unity of vision and purpose.

Retaining and developing the strong melodic source material whilst also giving space for individual and group invention is one of the goals of the project, something that’s made immediately apparent through the opening track Nobody Knows, which moves silkily through wandering trumpet lines into collective improvisation and ends up in a dark, ruminating groove. Through the Interlude, the Quartet’s chemistry as an improvising collective sparkles through an extended exposition built on a left-over bass idea from Nobody Knows. From the quiet resolution of the Interlude, the album runs uninterrupted into Steal Away, with low, moody muted trumpet underpinned by Jones’ glassy piano textures. When the tune returns to more solid ground, the group’s spacious approach to extended structures carries the album to its first peak. Thoughtful solo contributions from each of the quartet give each of these individually creative instrumentalists time for express, with Bennett’s volatile moment segueing into the title track of the album, By And By, the most instantly recognizable structure on the release. Floated trumpet lines and Hunter’s shifting patterns give the opening a sunny feel that’s gradually overcome by a gloomier energy as the mood of the original words darken. (O by and by I’m going to lay down my heavy load / I know my robe’s going to fit me well / I’ve tried it on at the gates of hell / Hell is deep and a dark despair / O stop, poor sinner, and don’t go there).

In the shadowy aftermath, we find some of the most sensitive playing on the album. Driven by anxious, fluttering drums, the single chorus of Go Down, Moses stretches into a six minute span of frustration, anger and only partial release. The final track continues this unsettled mood, Jones’ angular solo eventually dissolving into the familiar strains of Deep River. The piece begins in a similar fashion to how the first track ends, with an energetic groove that notches up the intensity through solos from South and Hunter, before one final climactic shout gives way to the quiet, vulnerable, honest tones that underpin the album’s complex journey of emotions.

By And By is in every aspect a collective exploration of core musical principles, taking strong melodic ideas through a series of thought-provoking soundscapes. The quartet’s approach to space and structure make for a highly engaging listen. For fans of Ambrose Akinmusire & Miles Davis, Terry Riley & Tomasz Stańko and even Michael Tippett, this album sheds new light on these most enduring of melodies.

Mixed and mastered by Alex Bonney

Graham South is a hugely versatile musician, equally at home within the trumpet section of a big band or symphony orchestra, and with free improvisation or complex contemporary classical notation. He leads his own quartet and is a founder member of ensembles including Beats & Pieces Big Band, Johnny Hunter Quartet, Vonnegut Collective, Anton Hunter’s Article XI, and Cath Roberts’ Favourite Animals ... more

Bandcamp Daily  your guide to the world of Bandcamp